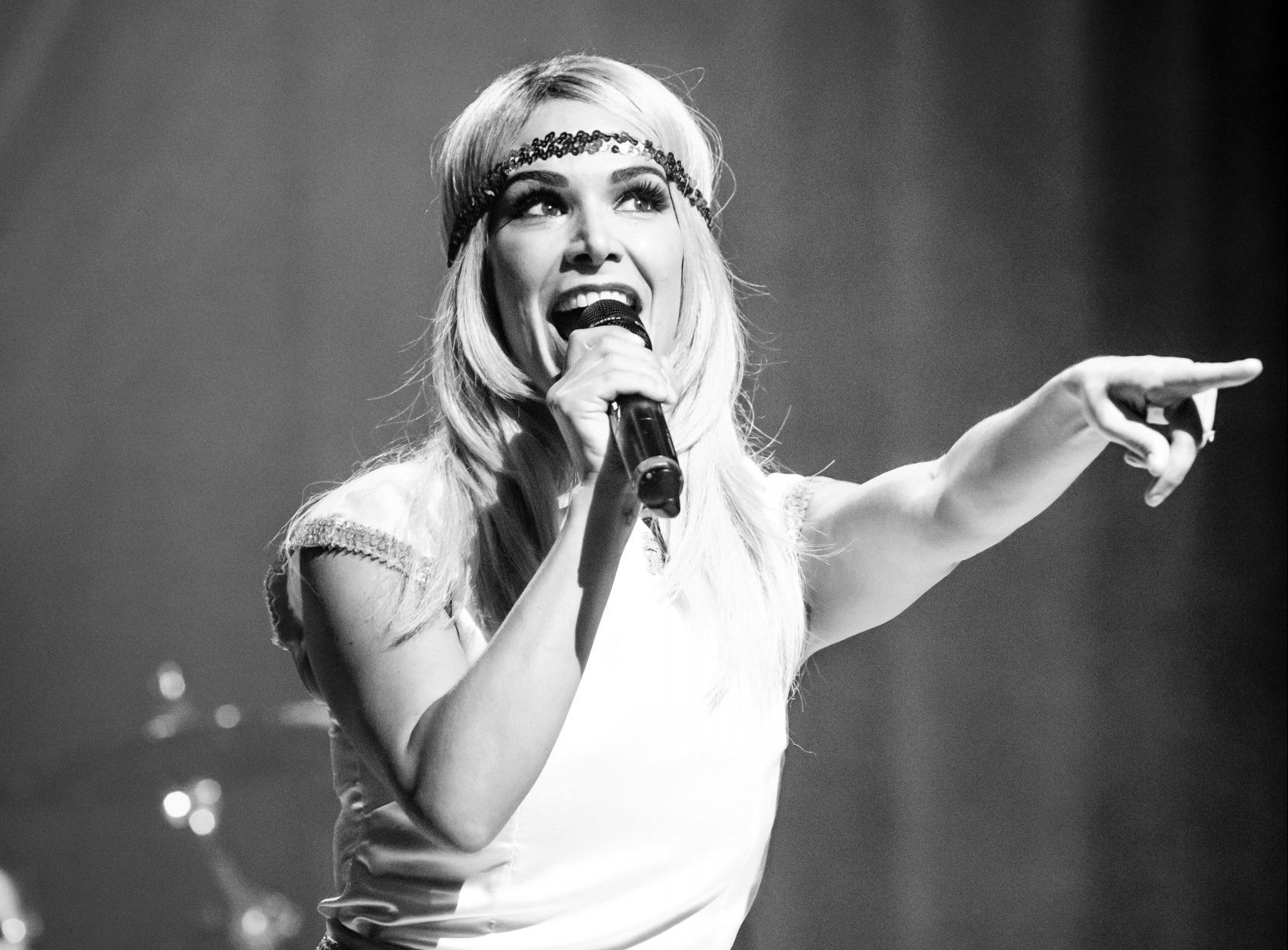 Tamsin has gained quite a following through her performances as a ‘Resident Diva’ on the Cabaret circuit in London’s Soho & at the Edinburgh Fringe Festival. For over a decade, Tamsin has been the leading lady of a brand called ‘The It Girls’, a female collective of performers who do bespoke entertainment for high-end corporate events & private parties all over the world. Highlights from these trips have been supporting Dionne Warwick at the Tower of London music festival, dancing on a table with Sir Richard Branson at his charity ball in Verbier & duetting on ‘All night long’ with Lionel Richie!

West End Theatre credits include:
The role of ‘Kim’ in Boy George’s award-winning musical‘Taboo’
The original cast of ‘Romeo & Juliet the musical’ at the Piccadilly Theatre. 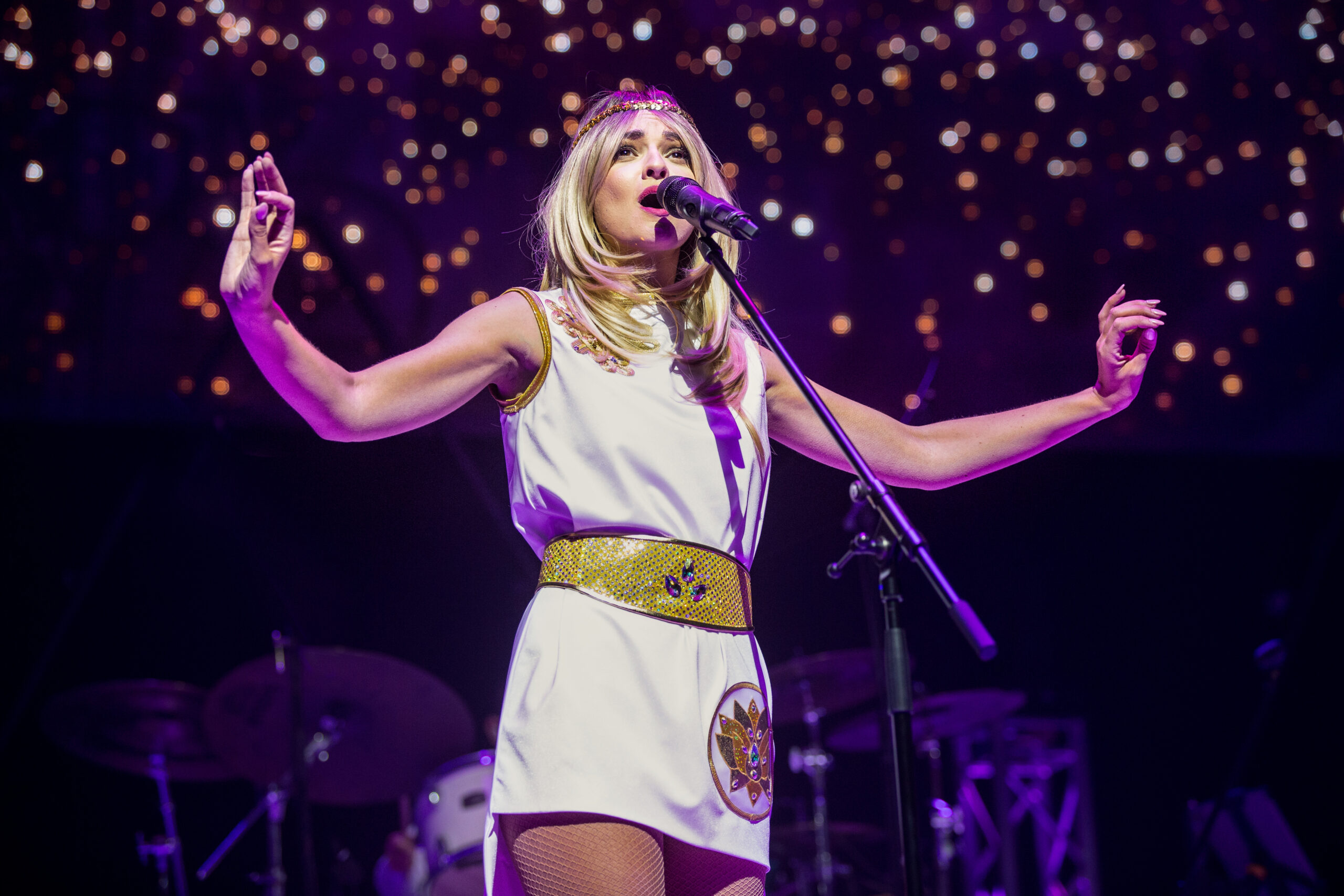 Rhiannon is originally from South Wales and made her professional debut at the age of 19 in the 25th Anniversary production of Les Misérables where she covered and played the role of Fantine.

Rhiannon made her West End debut in May 2021 with Mania The ABBA Tribute at the Shaftesbury Theatre, London. 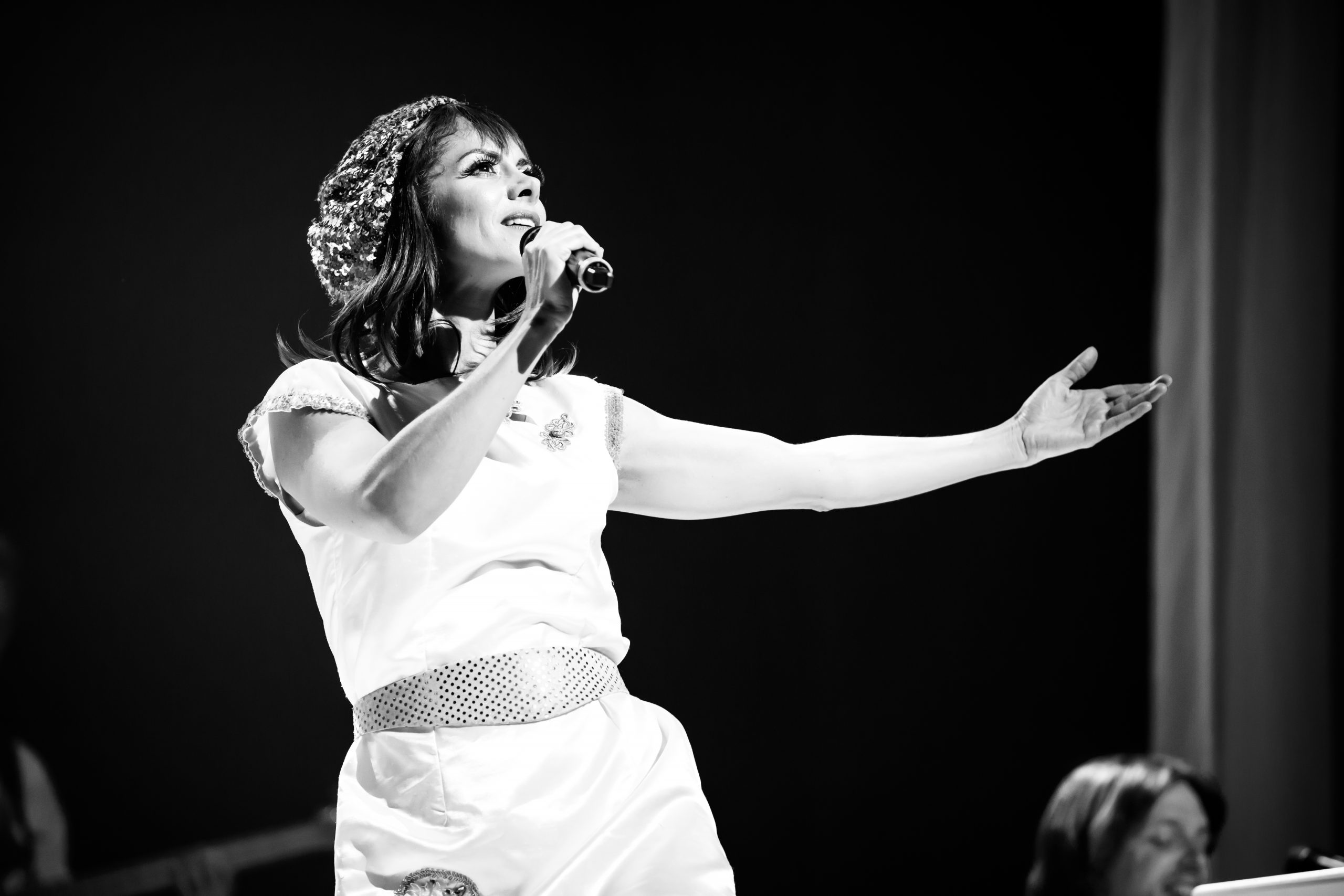 Jojo is a professional singer, actress and dancer. Trained at ‘Central School of Ballet’ London and then danced in Matthew Bourne’s ‘Swan Lake’ as a principal dancer, West-end, UK and European tours. She sung lead for the BBC’s ‘Dr Who Live’ (Arena) shows around the UK with a 16 piece band and is currently playing ‘Frieda’ with Mania The ABBA Tribute UK.
She cut her teeth singing jazz and performs regularly in London venues and at private events. She fronts pop and cabaret with ‘The IT Girls’ and performs with Djs, disco and function bands. She supported ‘The Three Degrees’ on their 2015-16 UK Tours, with her debut album, ‘Studio 54’
She’s recently produced, written and performed a ‘one woman show’, titled The Marilyn Monroe Story-a cabaret documentary, debuting at The Edinburgh Festival’s Assembly Rooms. 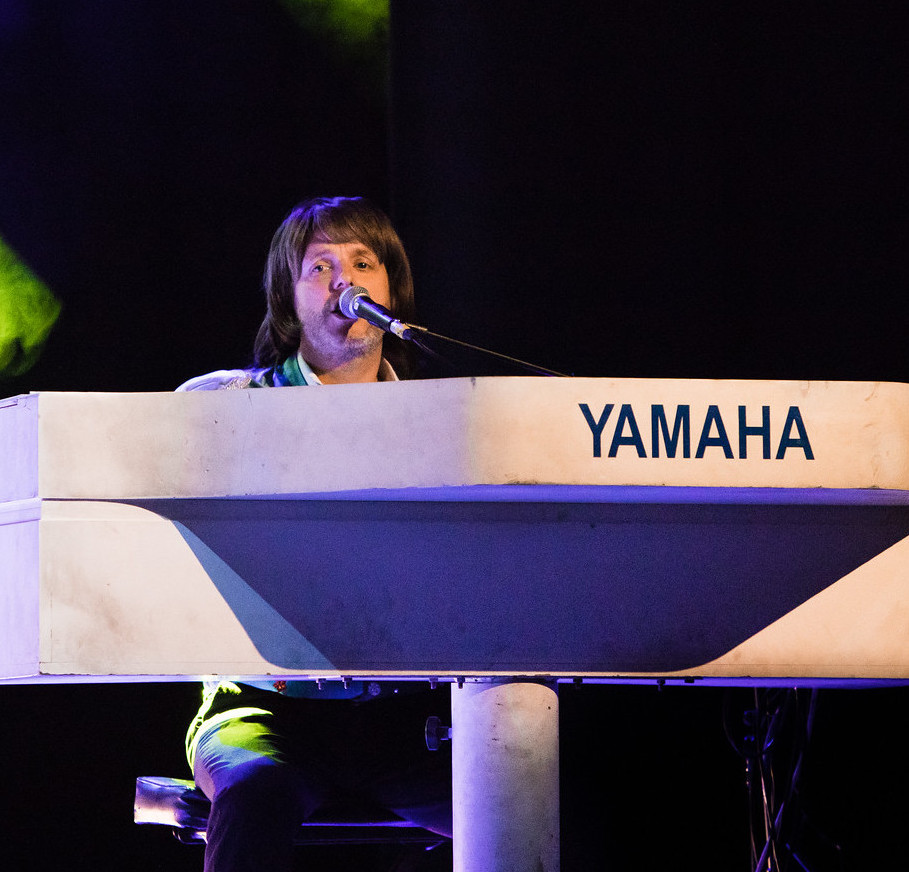 After graduating he worked as a choirmaster in South Africa, before moving to London. He has been musical director of Showstopper: The Improvised Musical since 2009, which has had sell-out Edinburgh Fringe and West End runs, national and international tours, and a BBC Radio 4 series. 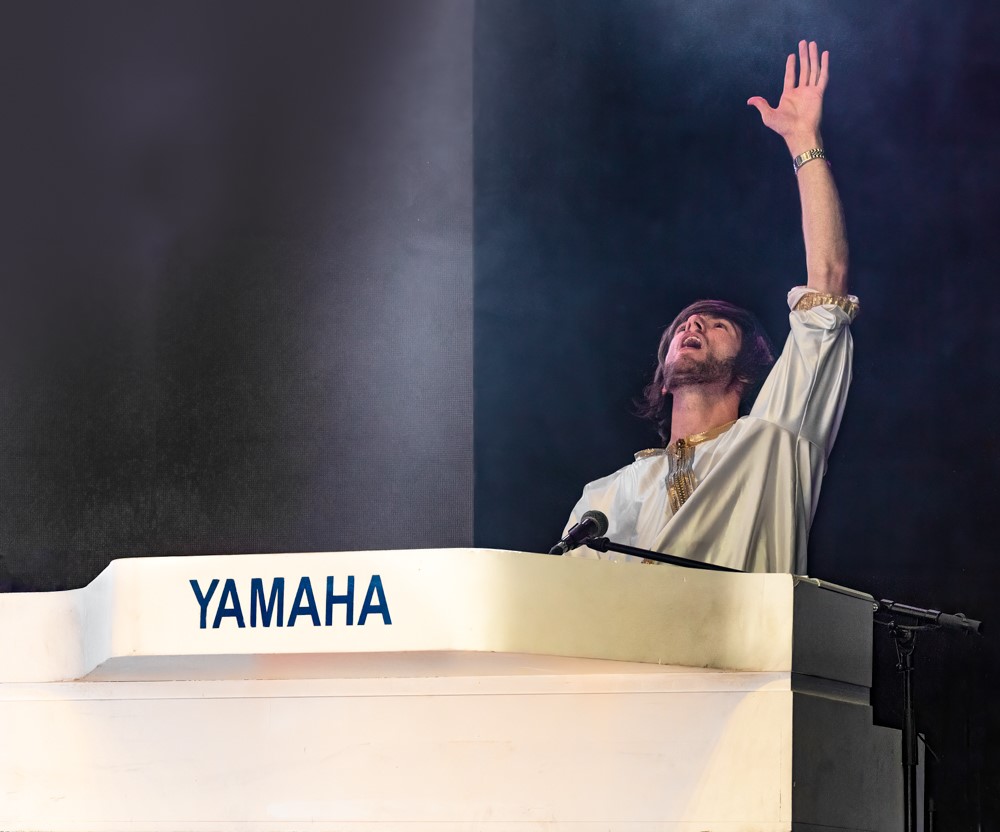 Loucas is a London based multi-instrumentalist. He has worked with the likes of Alexandra Burke, Andrea Bocelli & Engelburt Humperdink and performs regularly with International Showbands.

More recently, he has venured into West End & touring musical theatre productions as an MD/keys player, notably “One Night of Tina” for a 26 date tour of Germany, Austria & Switzerland.

Loucas is thrilled to be performing as Benny in the West end run for Mania The ABBA Tribute .. 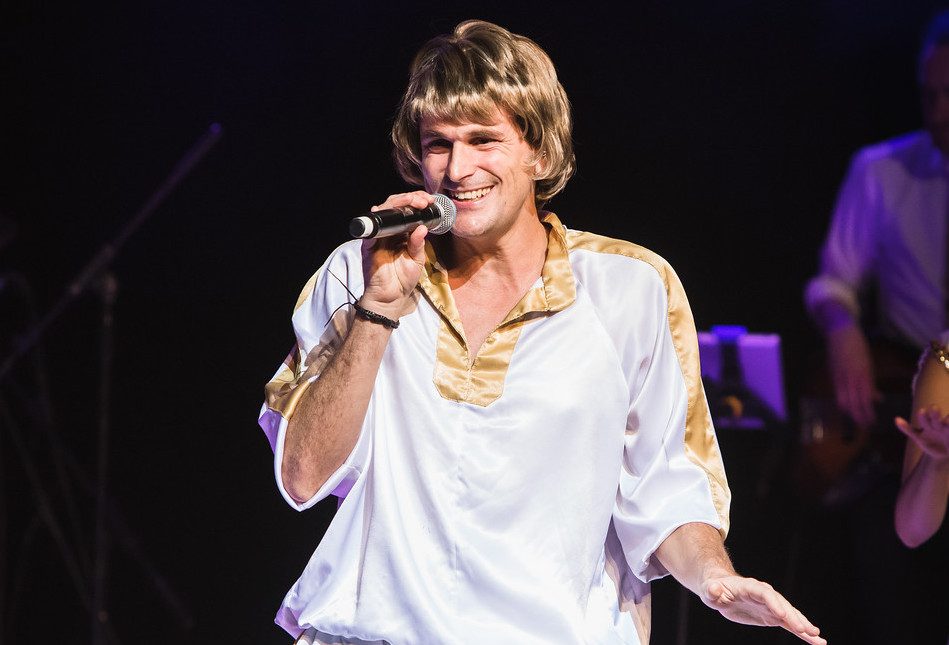 Edward trained at Mountview Academy of Theatre Arts. Edward loves travelling his guitars around the world playing Bjorn with Mania The ABBA Tribute… and he also plays the drums.

As an Actor/Musician
Barry Gibb of “The Bee Gees” in Saturday Night Fever (UK tour) singing the original soundtrack to the show; Callum/lead guitar in Our House (New Wolsey Theatre Ipswich & UK tour); Buddy Holly in Rock ‘n’ Roll Heaven and The Greatest Rock ‘n’ Roll Tours Of Them All (both UK tours); Scott in Can’t Smile Without You (Original UK Tour).

“Could there be a better performance to kick start the reopening of London’s theatre land than Mania the ABBA Tribute? I think not.”

“Mania the ABBA Tribute is the perfect excuse to party your way out of lockdown and highly recommended.”

“Mania the ABBA Tribute is the perfect excuse to party your way out of lockdown and highly recommended.”

“Sequin-encrusted tribute act brings laughter, nostalgia and entertainment back to the West End”

“as the audience was distanced, they were united as everyone twirled, jived, bounced, waved their arms and wooed throughout”

“the pure, uncomplicated joy we need after a long, dark lockdown”

Ought To Be Clowns

Spy in the Stalls

“Close your eyes and it could have been ABBA!”

‘This is the REAL musical tribute!’